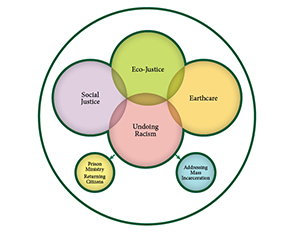 All Our Concerns Are One

Quaker Earthcare Witness at the UN

Click the following to visit the People's Climate March web page. The March takes place September 21, 2014, in New York City, with New York Yearly Meeting as a participating organization. Local Friends are organizing a Quaker contingent and hospitality for Friends coming from a distance.

Earthcare and the priorities of New York Yearly Meeting

A Call to the Meetings of New York Yearly Meeting

The Call. The Earthcare Working Group (EWG) has begun its own process of discernment regarding these priorities and has issued a Call to the Meetings of New York Yearly Meeting to"contemplate and define what their role will be in the great “Transition” we must make in response to dramatic climate change, resource depletion, and severe economic contraction." Some meetings have already responded to this call. Click the links below to view EWG's work on NYYM priorities:

COVID-19: Resources for Friends and Meetings

Subscribe to NYYM Connect to get the latest news from NYYM, including Spark, InfoShare, email announcements, and more!

Monthly Meetings in NYYM can now use the online form for their covenant donations!